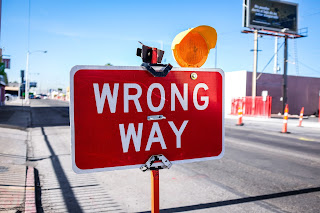 In a world where people are constantly vying for success, it’s easy to make mistakes that keep you from ever achieving your full potential. The first mistake is believing that you are entitled to an easy life. You also might not want to do the hard work necessary for success, or take the time to really evaluate your goals. And lastly, you may be too afraid of failure and this prevents you from taking those risks which would be necessary for success.

In order to avoid these pitfalls and achieve a level of success most people only dream of, you’ll need to be acutely aware of your actions and decisions.

The following are 25 unconscious mistakes that will keep you from ever achieving as much as you possibly can:

Not Being Realistic Enough

It’s easy to fall into the trap of believing something is possible when it really isn’t. In order to be truly successful, you need to go into a goal or task with the understanding that it may take a lot of hard work and dedication.

When things don’t go your way, you make excuses as to why it isn’t possible for these things to happen. Successful people don’t make excuses, they find a way to succeed no matter what the obstacle.

In order to achieve something great, you often have to take risks. This may mean giving up a steady job to start your own business, or speaking in public even though you’re scared to death. Successful people aren’t afraid to take risks, they know that the potential payoff is worth the gamble.

Putting things off until the last minute may seem like a good idea, but it usually leads to poor results. By procrastinating, you’re not giving yourself enough time to complete a task properly.

Giving Up Too Easily

Just because something doesn’t come easily, it doesn’t mean that you should automatically give up on it. Successful people don’t let anything stand in their way, they continue fighting for as long as it takes to achieve what they want.

Trying too hard can actually have the opposite effect. Successful people don’t have to try, they just continue succeeding because they know they will.

Successful people tend to be very realistic when it comes to expectations. They also realize that nothing is ever perfect, and that there will always be some bumps in the road.

Too often, people settle for less than they deserve. This could mean accepting a job they hate, or staying in a bad relationship because it’s comfortable. Successful people know their worth and never settle for anything less.

Focusing on the Negative

It’s easy to get bogged down by the negative things in life. Successful people, however, know how to stay positive even when things are tough.

People who are successful know that it’s important to prioritize their time and energy. They focus on the most important things and don’t get bogged down by trivial tasks.

Having a Closed Mind

Successful people are always learning and expanding their horizons. They know that having a closed mind will only hold them back from achieving their goals.

Successful people know how to be patient. They understand that some things take time and it’s important to learn to wait for them.

Decisiveness is a virtue of successful people, they know how important it is to make a decision and stick with it. People who are indecisive allow their circumstances to control them instead of the other way around.

Letting Others Affect Your Judgment

Successful people stay true to themselves, regardless of what others may think. They know that allowing outside influences to affect their judgment only leads to poor results.

Focusing Too Much on Money/Wealth

Not Being a Team Player

Successful people understand that teamwork is often essential for achieving goals. They also know how to work well with others instead of always trying to go it alone.

Successful people know that nothing is ever perfect, and that there will always be some bumps in the road. This has taught them to accept failure as a learning experience rather than an end result.

Letting Your Emotions Control You

People who are successful are able to keep their emotions in check. They understand that allowing their emotions to control them is often a recipe for disaster.

Successful people are constantly looking toward the future, instead of dwelling on the past. They know that holding onto negative things from the past will only hold them back from achieving their goals.

Successful people know that it’s important to be open-minded, and that judging others is often a sign of ignorance. They also understand that everyone has their own story, and that it’s not fair to judge someone without knowing them first.

Making the Same Mistakes Over and Over Again

Successful people know that it’s important to learn from their mistakes. They also realize that making the same mistake twice is often an indication of a lack of knowledge, skill or ability.

Not Taking Responsibility for Your Actions

Being a Slave to Your Ego

An overblown ego often leads us astray, causing us to make poor decisions in our lives. Successful people have learned how to put their ego in check, and know when it’s time to let go of their pride.

Focusing on the Wrong Things

Too often we get caught up in things that don’t matter, such as material possessions or status symbols. Successful people, however, know that it’s important to focus on the right things in order to achieve success.

Letting Your Fears Stop You from Achieving Success

Successful people understand that fear is just an illusion and nothing more than a mental construct. They know that overcoming fears can often lead them to great accomplishments, especially when it comes to achieving their goals.

Now isn’t it easier to focus on what you need to do? Isn’t language the most beautiful part of us, and the closest thing we have to magic? Thanks for reading!

No comments to show.